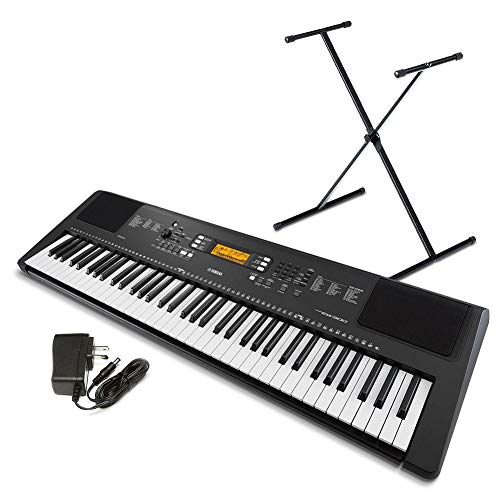 The Yamaha PSR EW300 76-Key Portable Keyboard Bundle has a 76-key touch sensitive keyboard, and is designed for intermediate piano players who have outgrown a beginner, 61-key keyboard and want a wider range of notes, tones, capabilities, and expressions. It has excellent built-in learning functions and a big suite of digital effects, to take your piano playing to the next level. 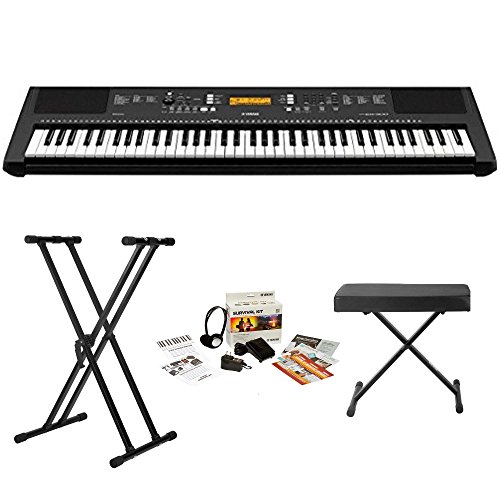 While 61-key keyboards are a great way to start learning the piano, and are lightweight and portable, as a player progresses, eventually they want to have a greater range of notes and chords at their fingertips. For intermediate learners, a 76-key keyboard enables greater exploration and expression, without the weight and bulk of a full-size 88-key keyboard.

The EW-300  was introduced last year as an update to their popular YPG235 model, with upgraded features and a new look. The YPG 235 is widely praised by music lovers and piano experts alike, and the PSR-EW300 continues the famous Yamaha quality and sound in a new model.

When did this keyboard come out?

What are the dimensions?

What is the weight?

How much does it cost?

The Yamaha PSR-EW300 costs around $270 but it can vary depending on where you buy it.

How many keys does the EW300 have?

How many sounds does this keyboard have?

Where can I see a demo/test?

You can see a demo here: Yamaha PSR-EW300 demo

Where can I see an unboxing?

You can see an unboxing here: Yamaha PSR-EW300 unboxing

It is available in large shops including Walmart and Amazon.

Does this keyboard have a headphone jack?

What is the difference between PSR-EW300 and Yamaha EZ 220?

The Yamaha PSR-EW300 costs $70 more than the Yamaha EZ 220 and they have good difference in features.

The similarities of two models are:

The differences between the two models are:

What is the difference between PSR-EW300 and Casio WK-245?

Price of Yamaha PSR-EW300 is $40 more than Casio WK-245 and there are quite a few differences between them.

Who is the Yamaha PSR-EW300 SA Most Suitable For?

EW 300 is designed for intermediate piano players and aspiring musicians who want a greater range of notes, chords, and tones than they can achieve with a small, 61-key keyboard.

It's perfect for students who have outgrown their smaller keyboard, and want to further progress and challenge themselves with their playing.

It is also an excellent choice for completely new players, with all the Yamaha educational and learning features of their smaller keyboards designed for novices. The automated accompaniment capabilities and intelligent action of this keyboard will have even beginners playing complete songs in no time.

What's Included In the Box? 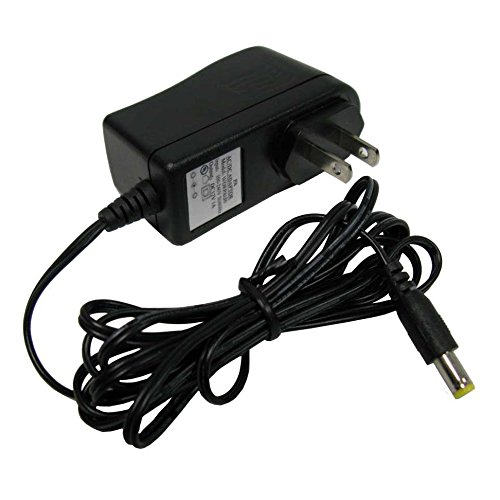 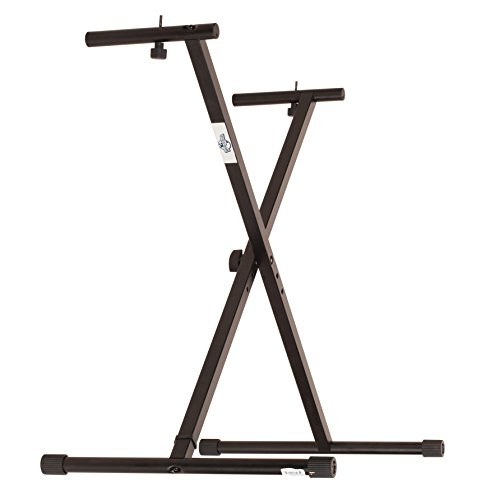 The PSR-EW300 comes with a detachable music rest, a power supply, and the PKBS1 keyboard stand. This X-style keyboard stand folds into a slim footprint for travel or storage, with durable construction and non-slip rubber feet for stability. It has a circular locking mechanism and a quick-change knob to adjust to six different playing heights, from 25.63” to 38.75”. It can be used to play the keyboard seated or standing, and weighs just 6 lbs.

This digital piano is packed with some great features; let's take a look at some of them:

If you'd like to check out the nitty-gritty of the EW-300, here's a link to the model's manual:

With 76 non-weighted keys, the EW-300 is an intermediate keyboard, and, as such, represents a decision point in a musician's interests and aspirations. While it is a friendly and easy-to-learn keyboard for absolute beginners, it is intended to be an upgrade for those who have learned the basics of playing piano on a 61-key keyboard, and now want greater range, greater possibilities, and greater capabilities in their instrument.

For those who want to go on to play acoustic, grand pianos in the future, or who are practicing at home and taking lessons or performing on analogue pianos, EW-300 actually isn't the best choice.

Once a beginner has learned the basics of piano playing on a 61 key keyboard, it would be better to progress to a full-size, fully weighed keyboard, so that their digital practice sessions build the finger strength and technique they will need on an acoustic piano. 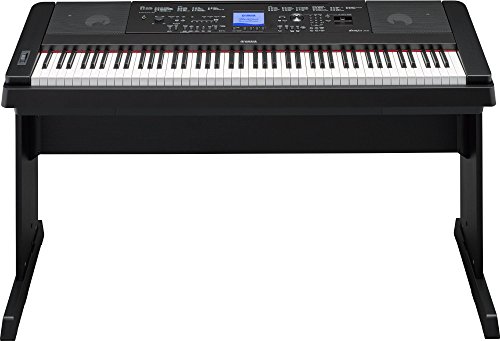 For those who want to play a concert piano in the future, a better choice would be to invest in the Yamaha P71 88-key Weighted Action Digital Piano.

The P71 has the same great Yamaha AWM sound engine as the PSR-EW300, and a broad range of instrument voices and advanced settings, but has the crucial full size keyboard and fully weighted keys that will make the most of every practice session, and open up the full range of piano compositions and musical expression for the student.

For those aspiring musicians who are familiar with a 61-key keyboard, and want to grow both musically and professionally, a good alternative to the EW300 might be the Casio WK245 PPK 76-key Premium Portable Keyboard Package. 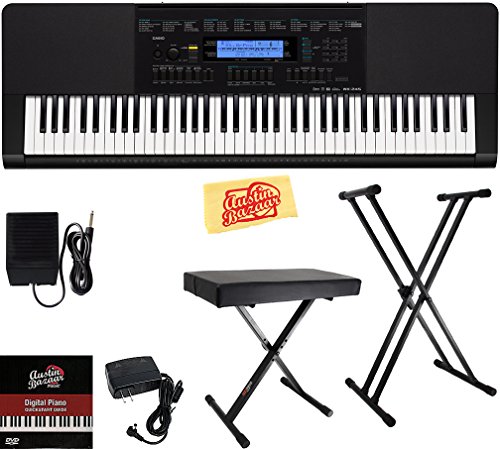 Like the EW300, the Casio WK245 has 76 keys and comes with an easy, step-by-step lesson system. However, the Casio has a greater range of instrument voices, digital features, and has much more robust onboard recording, mixing, and sampling capabilities for a musician who wants to not just learn, but to record, compose, and share their music.

Advantages of the Casio WK245

Connects to Mac or PC

Onboard memory can record up to 5 songs with 6 tracks each, instead of 2

Onboard sampling and effects

Advantages of the EW-300

All three of these instruments are very good choices for intermediate musicians, but it's helpful to identify whether you are playing the digital piano just for fun, or intend to grow into a concert pianist, or intend to start your own band. Knowing your goals will help an intermediate player make the digital keyboard upgrade that is best for them.

The EW 300 is a great instrument, designed for intermediate learners.

However, it's not the perfect choice for all intermediate learners; those who want to transition to an acoustic piano should also transition to a full-size weighted keyboard sooner rather than later, so that their practice time is more meaningful.

For piano beginners, casual players, and digital musicians, the EW-300 is an excellent choice.

We hope that you enjoyed this Yamaha PSR EW300 review and it will help you decide if this keyboard is the right choice for you.

Yamaha P125 Review (2021): A Feature-Rich Upgrade at a Competitive Price

Where to Buy Yamaha Keyboard