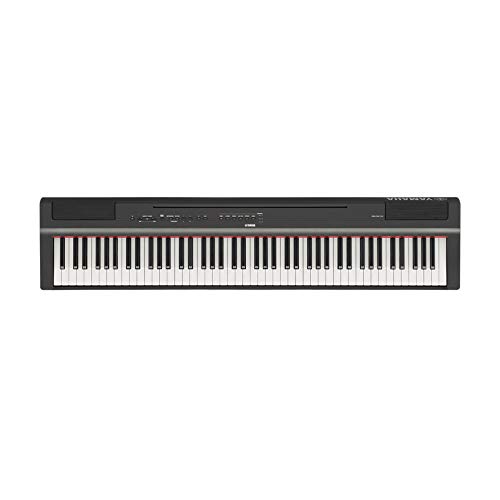 The Yamaha P115 is considered by many to be the gold standard when it comes to digital pianos for beginners, but it now has a successor: the Yamaha P125.

A major similarity between the Yamaha P115 and the P125 is that the number of polyphony notes have surprisingly remained the same, as in, 192 notes. That said, this is more than what you can expect from your average digital piano. With up to 192 notes of polyphony, you will find it hard to run out of notes to use.

Both the P115 and the P125 come with the Intelligence Acoustic Control (IAC) feature, which is Yamaha’s proprietary technology used to enhance the sound performance of their digital pianos.

One of the main differences that you will notice with the P125 is that it has a more pronounced middle register along with an overall brighter sound as compared to its predecessor, the P-115. Another key difference is that the P125 uses 4 layers of sampling to get far better richness in sound quality as opposed to the 3 layers of the P115.

The P125 also boasts of a brand new feature called the stereophonic optimizer, which plays a crucial role in enhancing the overall sound quality of this digital piano. This is a big deal since the stereophonic optimizer is only found in high-end digital pianos. This means you get to take advantage of some great features on a budget with the P125. The P125 also comes with 10 new instrument sounds, which have been included in the 14 tones found in the P115. The P125 also boasts of a clearly upgraded speaker system with two speakers on either side to ensure a crystal clear sound.

For those who are new to the world of digital pianos, the Yamaha P115 has been the official standard-bearer for beginners for many years. The P115 made waves when it was first launched, and while there were some who doubted how it would fare with replacing its predecessor, the P-105, the nay-sayers were soon proven wrong.

The Yamaha P115 not only proved to be a formidable successor of the P-105 but quickly became the go-to choice for many beginners looking for an efficient and easy-to-use digital piano that’s affordable.

But, what really sets the P115 apart from others in the Japanese brand’s lineup is that it was designed not just to compete with previous versions of the company’s digital piano offerings, but also with the rest of the market as well. This means the P115 gives you the advantage of getting a digital piano that is great to look at and comes with all the bells and whistles you would expect from a premium brand digital piano.

Below are some of the major features of the Yamaha P115:

The P115 offers a comfortable new design that is suited for any type of player from the novice to the experienced. The updated configuration in the P115 means that users get to take advantage of a better reverberation in the melody line, which results in a better performance. The P115 is specially designed to make it easier for beginners to learn this wonderful instrument. With up to 14 simple rhythm patterns from jazz, pop, and much more, novice players can learn to play their favorite songs quicker. 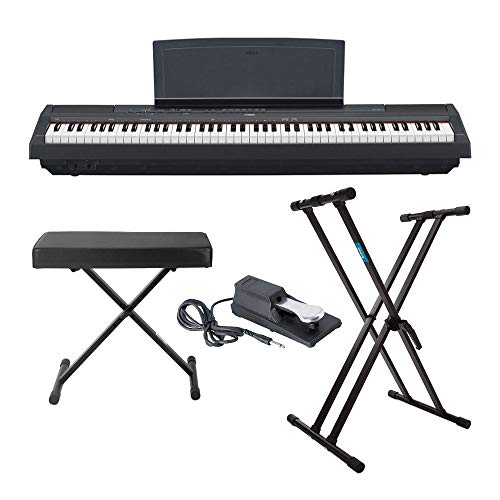 The P125 is the successor of the P115, which was already a solid digital piano. So, it only made sense for Yamaha to upgrade the P125 to make it even “sexier,” and from the looks of it - they’ve succeeded. The P125 proves its mettle when compared to its predecessor with a sleeker, modernized design that is packed with a combination of old and new features, giving users the right mix of performance and portability.

The following are some of the major features of the P125 digital piano:

The P125 easily stands out as the better choice for those who are looking for a reliable digital piano with all the latest technologies. As compared to the P115, while the two still have a lot in common, the P125 is still able to shine through as being the more advanced in the lineup, which is the purpose of being a successor. If you’re looking for a few more features than the P115, then the P125 should be right up your alley.

At the end of the day, it’s all about choice. The P115 has been the go-to choice for novice and experienced players who needed an affordable digital piano. But, if you are looking for a digital piano that gives you some modern features while staying true to the same compact, minimalist design, then the P125 is the way to go.